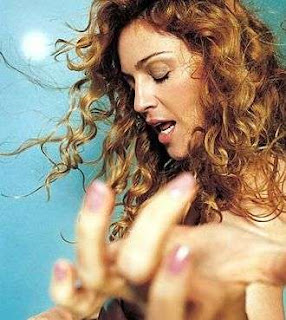 I was looking at Slant Magazine's 100 Best Singles of the 90s with quite a bit of interest today. The biggest reason for this is I've been on a huge 90s kick recently, which culminated the other day in the purchase of Deee-lite's World Clique album. Famous for the infectious (and #11 on Slant's list) single "Groove Is In The Heart," I'm happy to report that the rest of the album is just as good. It'll sit along side the La Bouche, Corona, and Real McCoy in my iTunes library quite nicely. The whole list is a fascinating read and while I more appreciate the #1 song than enjoy it, I certainly can't argue with its right to be at the pole position for the decade.

There are - count 'em - FIVE Madonna songs on this list, more than any other artist on the list. I found this really odd because, for all of her longevity, I tend to think of Madonna as an 80s artist. The Immaculate Collection, released in 1990, contains some of her best known hits and some of the best known hits of the 80s - period. I tend to think of her 90s work as more mature but less popular and certainly less well-remembered as the songs from her glory days of the 80s. A lot of this was self-inflicted as the Sex/Erotica/Body of Evidence backlash really hit her hard at the beginning of the decade and she never really recovered from it until Evita and Ray of Light. The five songs listed on Slant's list are as follows:

Looking at that list, it's hard to deny "Vogue" the #10 spot and the highest ranking of any of Madonna's 90s singles. It's practically an 80s single anyway and there's no denying the lasting impact its had on pop culture. You need look no further than Glee's shot-by-shot reenactment of the "Vogue" video to see this. I was a senior in high school when "Vogue" came out and I was **this close** to getting our class motto changed to "Strike a pose!" (we ended up with "today we follow, tomorrow we lead." BORING.) I also loved this line from the "Vogue" entry in the Slant article: If disco died a decade earlier, what the fuck was this big, gay, fuschia drag-queen boa of a dance song sitting on top of the charts for a month for? Because it was 1990 and Madonna was at the top of her game, that's why!

I also think that "Deeper & Deeper," "Erotica," and "Secret" are all deserving of their spots, but my big gripe is that "Ray of Light" outranks all of them, and true classics like "Frozen," "Rain," and "Human Nature" are omitted completely. While I have no quarrel with the Ray of Light album aside from the fact that sometimes it took itself a little too seriously and was a little too earnest in spots, was "Ray of Light" the song really that popular? As I recall, the record company had to work especially hard to get this song to chart as high as it did. The first week that it was on the Billboard chart, it debuted at #5 and went no higher. It is lauded as "Madonna's highest Hot 100 debut" but the late 90s were a time during which #1 debuts were more the rule than the exception. It was also the time in which singles were deeply discounted as record companies blew their wad all in the first week of chart eligibility to guarantee a huge splash on the Billboard Hot 100. If I recall correctly, "Ray of Light" was the first of Madonna's singles to receive this kind of record company PR push. The week it debuted at #5, I distinctly remember thinking to myself "there's no way this song is the #5 song in the country right now." Pretty sure its radio airplay was abysmal (Chart people, feel free to back me up or refute me on this.) So if this is the case, why is this song so fondly remembered when "Frozen" doesn't even get a nod?

For what its worth, much like Nirvana's "Smells Like Teen Spirit," "Ray of Light" is a song that I more appreciate than actually enjoy. It's always been a little too spastic for my taste and for all the awards that the video won, I find it to be one of her least inspired of the decade, certainly from that album. I think its elevation in the Madonna canon may be in part due to efforts of Madonna herself. She can't seem to resist an opportunity to haul it out on tour, probably because it serves as one of the "okay breathe now" songs during which she plants her feet and plays the guitar for 5 minutes. It was great to hear on the Drowned World Tour, a surprising choice on the Confessions Tour but an appallingly boring choice for Sticky & Sweet, especially since it was basically a retread of the Confessions Tour performance. It was also performed at both Live 8 and Live Earth. The one live performance of "Ray of Light" that I really love is the one from The Oprah Winfrey Show. Although clearly singing with a backing track, has she ever sounded better? (not to mention that she looked fantastic.)

Watching that performance and listening to her belt it out make me want to reconsider my harsh position of "Ray of Light" but no. I only need rewatch the Sticky & Sweet performance of it and I'm reminded all over again.

So Madonna fans, casual and not-so-much and especially those that really don't follow her career - I'm curious. Am I alone in my assessment or is "Ray of Light" really not all that?

I do remember that people were slathering all over themselves with praise about what a huge mature step forward it was not just for Madonna but all of music kind. It was all very pretentious.
I gave it a few listens and couldn't get in to it. It seemed like she was trying to make a pop song out of yoga chants. I'm not surprised it's that high on the list because of how people acted about it at the time, but I never liked it. In fact I think Vogue is the only one that deserves to be on the list at all.

Oh, I think the others are certainly worthy - the only reason "Deeper & Deeper" wasn't a number one smash was because the backlash was already in full swing. And as I mentioned, "Frozen" certainly deserved a spot.

That was the trouble I had with the whole late 90s portion of Madonna's career - she seemed so pretentious and not having very much fun. How I wish we had even a tenth of that in her music now (when she bothers to make any.)

I agree that Vogue needs to be the highest charting track on here, but it is very 80s to me too. I love Deeper, but yeah, the backlash was in full strom by then. BTW, Erotica has aged very well. I may need to spin Secret Garden again...

As for Ray of Light, it's not my fave track. I prefer Frozen or Substitute for Love.

I agree with you on Erotica - the music was always good and it suffered from being judged along with the book.

The other song on Ray of Light that I really like is "Nothing Really Matters." But anyone who looks at a song like "Mer Girl" and doesn't see Madonna at her most self-indulgent is fooling themselves.