We're back from the wedding. They were successfully married, the party was one to write home about and I am now officially no longer shot-less. The look of horror on the face of my Russian sister-in-law upon hearing I'd never done a shot was enough to convince me that it had to happen that night. I did vodka shots with my brother and what can I say? I'm a lightweight. Fortunately, I didn't really feel anything the next morning except tired.

The next morning, we met at Andrew's parents' house for brunch and we had some family photos taken. I really wanted one of all three of us - we're so rarely in the same room together anymore. I got to snooping at some other photos on FB, and found this one that my cousin Ben had posted a while back. It was taken probably 1980-81. It's hard to tell. 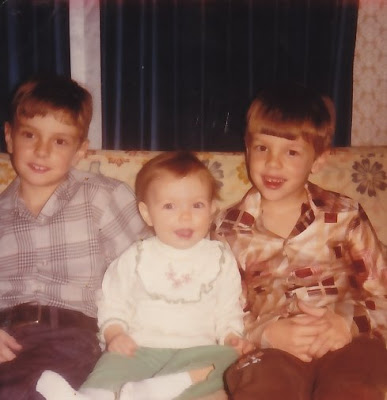 I look at this 2010 one as a bit of an update to that one. 30 years later, here we are again, sitting on a couch in the same damn order, although Ryan no longer looks like he's raided Tony Manero's closet. 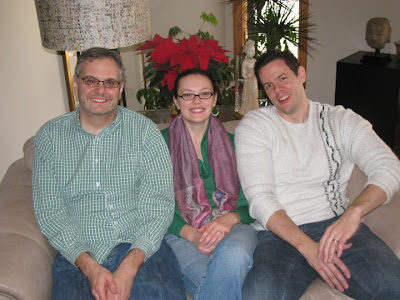