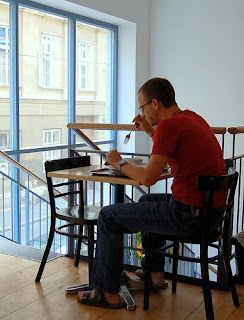 Those expecting a political post from me tonight will be sorely disappointed. After hashing it out last night and earlier today on Twitter and Facebook, I just don't have it in me to talk about it. Yes, the results were unfortunate, especially here in Iowa. But as I have said to many people today, we have not yet begun to fight.

To kind of cleanse my palate of all the nasty, divisive political garbage as well as to avoid continually rubbing salt in the wounds all day, I stepped slowly away from the computer and got out and enjoyed a really awesome fall day. I always say that I'm going to go and walk on the Iowa State campus in the fall but every year, fall comes and goes and I never seem to follow through. So today, I finally did it. I actually attended Iowa State for a couple years in the early 90s before transferring to University of Iowa where I got all of the letters after my name. So I'm not an alumni of ISU, but there are days that I may as well be. Whenever the Iowa-Iowa State football game rolls around, I never really know who to root for.

I have a lot of fond memories of Iowa State, which is kind of odd because for the most part, I felt really quite lonely and isolated during my time there. This was not really reflected in reality - I had more friends than I realized and I, frankly, didn't try very hard. A lot of my feelings of loneliness and isolation had more to do with my own perception than anything else. I was shy and quiet and had a bad self-image. I didn't feel like I had anything in common with any guys and certainly, there were no girls that would possibly want to date me so I always felt like no one liked me or would want to get to know me. Ah, the folly of youth. Looking back, I can see how dreadfully wrong I was.

But because of that, meal times were the worst. I was so self-conscious that I never wanted to eat with the people on my dorm floor. I did sometimes, but I'll admit that I ate by myself - A LOT. Not all the time, mind you, but a lot of the time. I talked myself into thinking I didn't care and that it didn't matter, but deep down, it really bothered me. I felt like there was nothing more pathetic than eating lunch by yourself in a bustling cafeteria filled with college students having a the time of their lives. It was a self-fulfilling prophecy. I felt bad so I ate by myself and then I saw other people having a good time which made me feel bad and on down the line we went. I rationalized it in my head quite well - "I want to read my book" or "I want to listen to my Walkman" were the most common rationalizations I had for eating in solitude. I read a hell of a lot of John Irving in the Friley cafeteria at lunch. Yet, it still bothered me. As much as I could intellectualize the whole experience, I couldn't help but feel bad and very loser-ish. It was very shameful in my eyes.

I remember thinking to myself "there needs to be a club that all the people that eat by themselves can join so that they don't have to eat by themselves." Of course, the fallacy in that is that if people who ate alone were club-joining type people, they wouldn't be eating alone. I mean, I don't think I would have joined it and it was my idea!

I've had that story ramming around in my body for ages and have only told it to those closest to me. I was always so embarrassed by it. It was not that I was antisocial, it was that I had a difficult time making casual acquaintances because, in the sea of students at ISU, I had no way of finding other people like me. It was up to chance and I was not interested in chancing it with anyone. The rejection would have been more than my self-image could take. But now, with the benefit of 20 years of living under my belt, I feel like I can finally own that story. Because owning that story is owning that part of me that still exists. It's still a little bit hard to tell though, mostly because I worry about how it will make my mom feel. (don't feel bad Mom! I don't!)

Today, on my walk around campus, I got to commune with that 19 year-old version of me. Looking around at the college students now, aside from feeling positively ancient, I know that I would probably follow the exact same course if I had it all to do over again. I'm not all that different from the 19 year-old Dan sometimes - some of that is just hard-wired into us and there's not much you can do despite all the the grand talk of "I'd do it all differently if I could go back." I would still be shy and quiet and tentative. It was who I was and, like I said, still am to a certain degree.

I ate at Jimmy John's in Campustown today and sat at a table by a window by myself. I was not self conscious in any way. Even so, I could still feel a twinge of it, even now at 38 when I should be well past all that. Sometimes, it still hurts.

A wise woman (three guesses who) once told me that a brave man sits with pain. I would add that he sits with it but doesn't wallow in it. And that's what today felt like. Despite the fact that the walk back to campus dredged all that up, it was worth it.

Ok, this bummed me out a bit. If I had read this when we first met, it would've surprised me. However, now that I've know you for a few years, I'm starting to see the Dan that has so much to offer but doesn't always believe it.

Trust me...I don't know anyone whose lunch experience wouldn't be improved by the presence of one Dan Cullinan.

And if they think otherwise? Fuck 'em.

Thanks Matt - you're good lunch company yourself. :)

I totally would have come to sit with you. And talked your head off and hauled you along on adventures and asked you weird abstract questions about whatever the hell walked across my mind--

And pretty much the last 15 years. But I wouldn't have it any other way.

I lived in the dorm at UNI, and our floor had a "table" in the cafeteria. Everyone ate at that table, so no matter what time you ate, even if you went to the cafeteria alone, you would probably find people at the table to sit with.

I once read-- Eating alone doesn't mean you're a loser, it just means you're hungry.

Mary, ours did too. But I always felt like they all disliked me! Or at least just tolerated my presence. Like I said, it was all perception, but it sure felt real then.

I am going to remember that quote re: loser vs. hungry. It's a keeper!